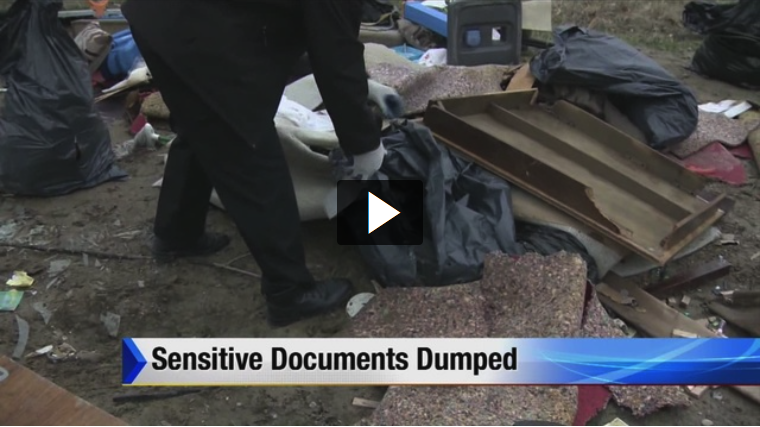 DETROIT – The Wayne County Sheriff’s Office plans to open an investigation after sensitive material identifying a number of juvenile offenders was illegally dumped on Detroit’s east side.

Piles of documents with names, photographs, phone numbers and other sensitive information were discovered on Beniteau Street.

Local 4 tipped off the Wayne County Sheriff’s Office and deputies responded immediately, hauling away bags of the paperwork.

Throughout the piles of documents, one name showed up on mail, business cards and notes – Deputy Joyce Pearson.

Pearson ran a scared-straight type of program for at-risk kids called “Dose of Reality” until budget cuts ended it.

“At that point she became extremely disgruntled,” Chief Michael Turner said. “She thought she owned the program.”

“This will turn into an investigation,” Turner said. “I’m sure she’ll be brought in to answer questions on, number one, how did this info get out of the sheriff’s building? And two, how did it get here?”

Neighbors are surprised by what was found, but not by the dumping. They said it happens every day.